Most Americans are unaware that corporate visas, and even foreign student work permits, allow Indian outsourcing companies to discriminate against qualified Americans for their US job openings.  They can even displace Americans with these visas.  A new bi-partisan bill introduced in the Senate will increase these visas while maintaining this discrimination.

An Indian media outlet covers this bill, explaining that if this bill passes it will be a "boost for Indian companies and Indian IT companies."

Some background first: The Obama administration has cracked down on the use of both corporate H1-b visas and L-1 visas.  This is the concern the reporter is referring to.  This bill will remove these concerns. 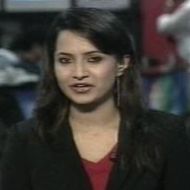 "The biggest concern for Indian IT companies around H1B visas in the US, might be addressed soon, which is good news for the IT sector.  A proposed bill in the US tabled as the 'immigration innovation act of 2013 introduced by eight senators will hike the H1B visa cap from 65,000 to a whopping 1.15 lakh, reports CNBC-TV18’s Kritika Saxena.  [Editor's note: a lakh is 100,000]

"Aside from that another bit that has been included is essentially raising the cap for all advanced degrees. So, science and tech workers that have been studying there will immediately get a green card, which is again a boost for Indian companies and Indian IT companies."

The reporter states that NASSCOM, the industry's trade group, had been actively lobbing for this bill.  Usually, NASSCOM will actively lobby through the US Chamber of Commerce, since they have found direct lobbying to displace Americans did not go over well amongst Congressmen.