The vast majority of Americans, including technical professionals, are unaware of the illegal discriminatory practices openly conducted by tech companies.  However, the Department of Justice is not.

These companies are so brazen they post codes in the want ads such as "H1-b" (a corporate work visa) or "OPT/CPT" (a work permit for foreign students, on an "F-1" visa), as the ad below illustrates. The Department of Justice (DOJ) caught IBM red-handed placing many of these types of discriminatory ads.  In this ad, IBM is only considering foreign student graduates with any advanced degree and 2 years of any programming experience for a job in Raleigh, North Carolina.

Ten of thousands of Americans meet these qualifications yet IBM chose to exclude these highly-skilled professionals.  This is why DOJ is now monitoring IBM's recruiting and hiring practices. 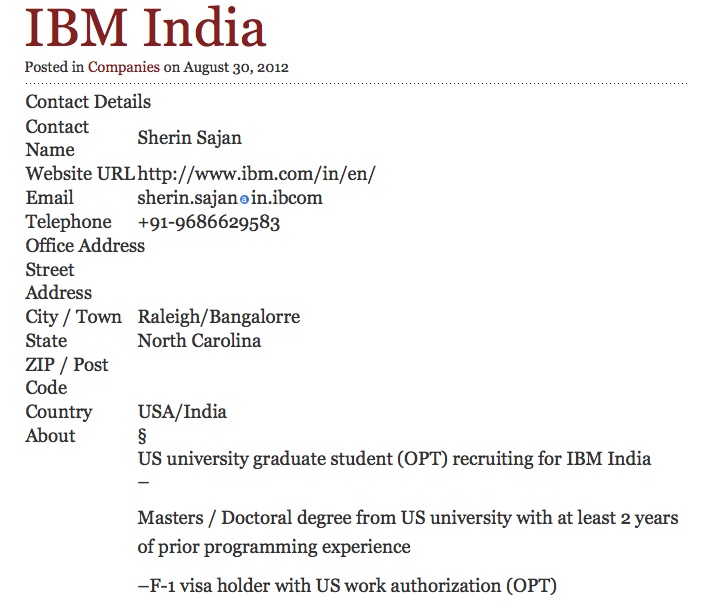 While DOJ's press release does not report the number of discriminatory want ads the DOJ uncovered, a similar charge was filed against Avant Healthcare, a Florida-based staffing agency, for posting 100 such ads and fined $27,000.  IBM has been fined $44,000 so it could be that the DOJ found up to 160 such ads.

The DOJ is now monitoring IBM's recruiting and hiring programs for the next 2 years. For IBM, it might seem like a colonoscopy that lasts for 2 years.

No Americans Need Apply--for a Job in Boise
In 2012, IBM was caught red-handed for requiring "Indian work authorization" for a job in Boise, Idaho. This ad not only appeared on Monster.com, a U.S. web site, but also appeared on IBM's own job site (see actual ad below).

IBM spokesman Doug Shelton explained the purpose for excluding Americans for a job opening on U.S. soil, stating, "This is not a U.S.-based job. IBM provides 'fast track' training in the U.S. and these grads then go to work in India. Building skills in a mature market like the U.S. allows them to hit the ground running in India," Shelton said.

This is not only unethical and immoral, it is against US law. But IBM keeps these white-collar crimes under wraps by blaming the victims--new American grads, older workers, women, and minorities. 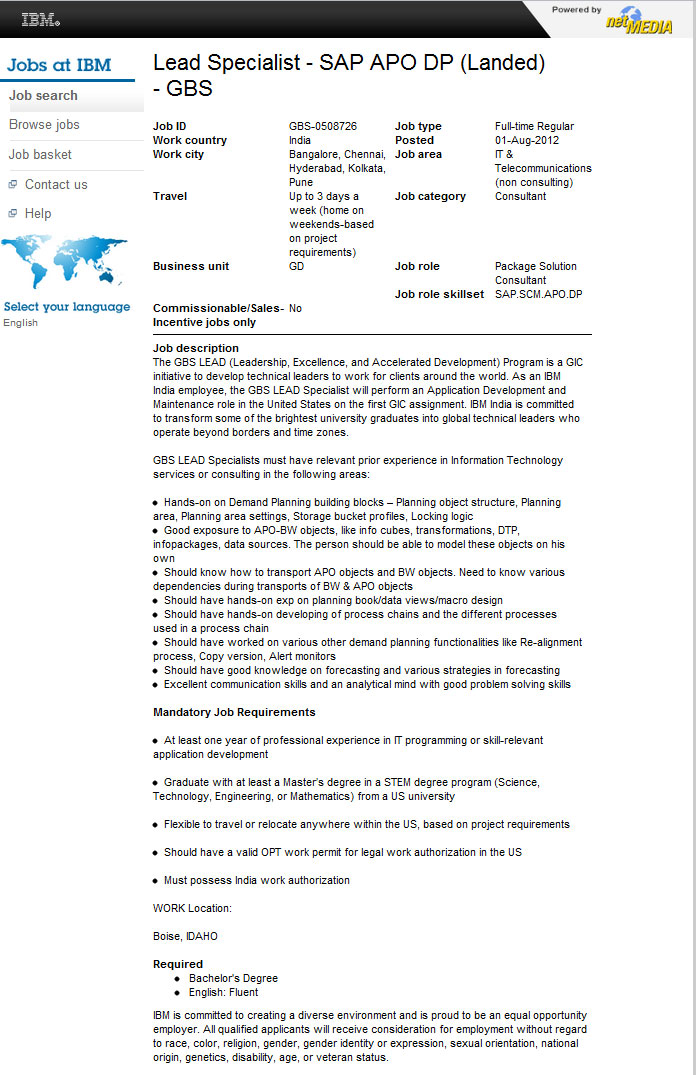 But wait--there's more!  Here's an ad IBM posted on an Indian job portal looking for an Indian foreign student with a Master's STEM degree (or a Bachelor's) and an OPT work permit.  This allows IBM to employ this foreign national for 2.5 years, thus "saving" H1-b visas for Indians trained in India. Foreign student graduates holding OPT work permits have the same rights as Americans, such as minimum wage protections and full career mobility.  OPTs, unlike their U.S. classmates, aren't able to take lesser positions such as a barista.

The DOJ's monitoring of IBM's hiring will allow good people at IBM to make the changes they have always want to make. Only public pressure will sustain these changes and give the U.S. workforce a chance to be hired into jobs on U.S. soil. 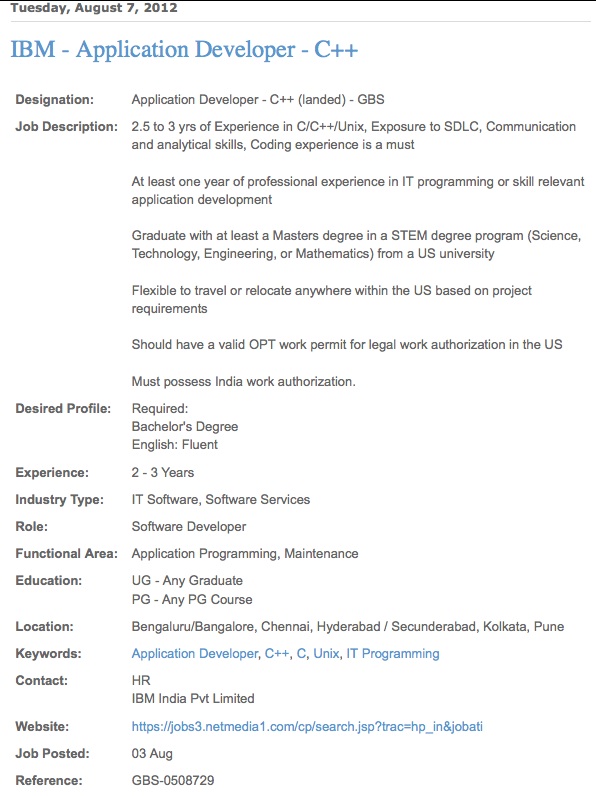