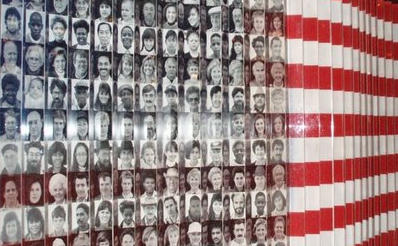 “Companies over countries,” Zuckerberg often said in meetings, according to Kate Losse, his former speechwriter and author of The Boy Kings.  While this statement reveals Zuckerberg's arrogance and simultaneous ignorance, it's actually an apt description of how the current H1-b & L-1 visa programs work.

Simply put, companies control these government programs--and have been for 23 years.  They have used these programs to avoid hiring Americans for their US job openings and the US government had no control to stop this.

Now, the Gang of Eight is asserting "country over companies".  Companies must offer the job opening to any equally or better qualified American who applies.

So if this bill passes, there will be a maximum of 110,000 job openings that companies will offer us if we equally or better qualified than their listed requirements.

Realistically, there will be much few job openings posted since companies won't go through this process knowing many equally or better qualified Americans are available.  H1-b dependent companies will not be able to "game the system" by offering lower salaries to Americans in an attempt to avoid hiring Americans.

Here is the actual wording from S. 744, pgs. 683-684:
‘‘(i) has advertised on the Internet website maintained by the Secretary of Labor for the purpose of such advertising, for at least 30 calendar days, a detailed description of each position for which a nonimmigrant is sought that includes a description of—
‘‘(I) the wage ranges and other terms and conditions of employment;‘
‘(II) the minimum education, training, experience, and other requirements for the position;
and ‘‘(III) the process for applying for the position;

‘‘(ii) has offered the job to any United States worker who applies and is equally or better qualified for the job for which the nonimmigrant or nonimmigrants is or are sought;

‘‘(iii) if the employer is an H–1B-dependent employer, has taken good faith steps to recruit, in the United States using procedures that meet industry-wide standards and offering compensation that is at least as great as that required to be offered to H–1B nonimmigrants under subparagraph (A), United States workers for the job for which the nonimmigrant or nonimmigrants is or are sought.’’.